Aliesha McBrearty sent her thanks to Swinford Boxing Club this weekend, and most especially to Ciara Sheedy. Aliesha who has links with Swinford was greatful to Ciara for taking some time out from her training schedule ahead of the Connacht ladies Championships, to help her with some technique and sparring work.

Aliesha an accomplished Gaelic footballer changed codes at the weekend to help out her local GAA club, by taking part in a White Collar event held in the Abbey Hotel Donegal town. The event which was a great success, was held in front of a capacity crowd of 700+ spectators. Taking part alongside Aliesha on the night were Donegal inter-county senior footballer Stephen Griffin, and Donegal minor star John Rose.

Some members of Swinford BC travelled to Donegal on the evening to support, and in preparation for a Swinford BC promoted White Collar event to be announced shortly. Pictured below with Swinford club members are Aliesha McBrearty, Stephen Griffin and John Rose. 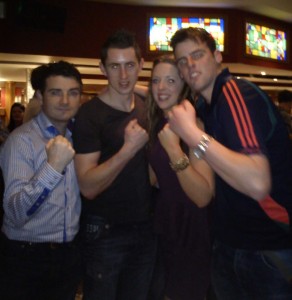 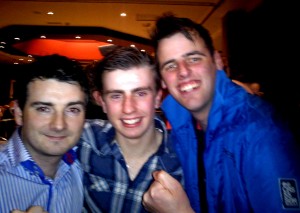