Four Swinford Boxers to be honoured at Mayo Boxing Awards 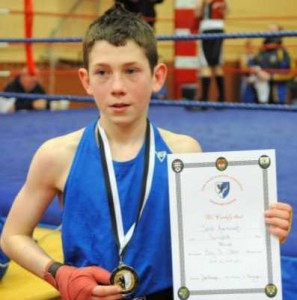 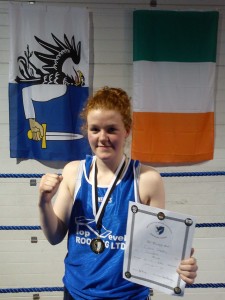 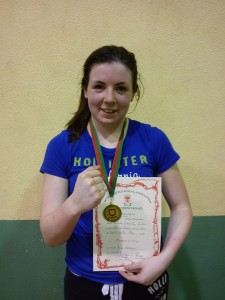 Good news in abundance this week with the announcement that four Swinford boxers are to be honoured at the Annual Mayo Boxing Board awards on the 22 of June 2013.

Having boxed alongside her idol Katie Taylor eralier in the season, Aoife Bredigan will top of a phenomenal first year in boxing on the night. Having boxed no fewer than 9 times this season so far, Aoife has impressed on every occasion and deservedly scoops the award for Best Female newcomer.

Jack Kavanagh has been rewarded for another tough season’s boxing with two awards. Having contested 15 bouts this season so far, Jack picks up the Most Active Male boxer award along with the Best boxer of the Connacht Championships, after two great perfromances en route to capturing his second Connacht title.

Ciara Sheedy will add to her ever growing trophy collection with three awards on the night. Ciara will be honoured on the double for her two National titles along with the Most Active Female boxer award.

After an eventful year, which included a serious knee injury, two Irish International appearances and a fourth Irish title, Aoife Hennigan will be honoured for the third successive year, for her perfromances in capturing the National U21 title.

The club are delighted with the recognition for four of it’s boxers. It is testiment to the hard work which continues to be invested in the club and it’s boxers. It will be a proud night for the club and for anyone who wishes to be in attendance, tickets are available at €35 including dinner on the evening. A large Swinford crowd are planning to attend to support our recipients.